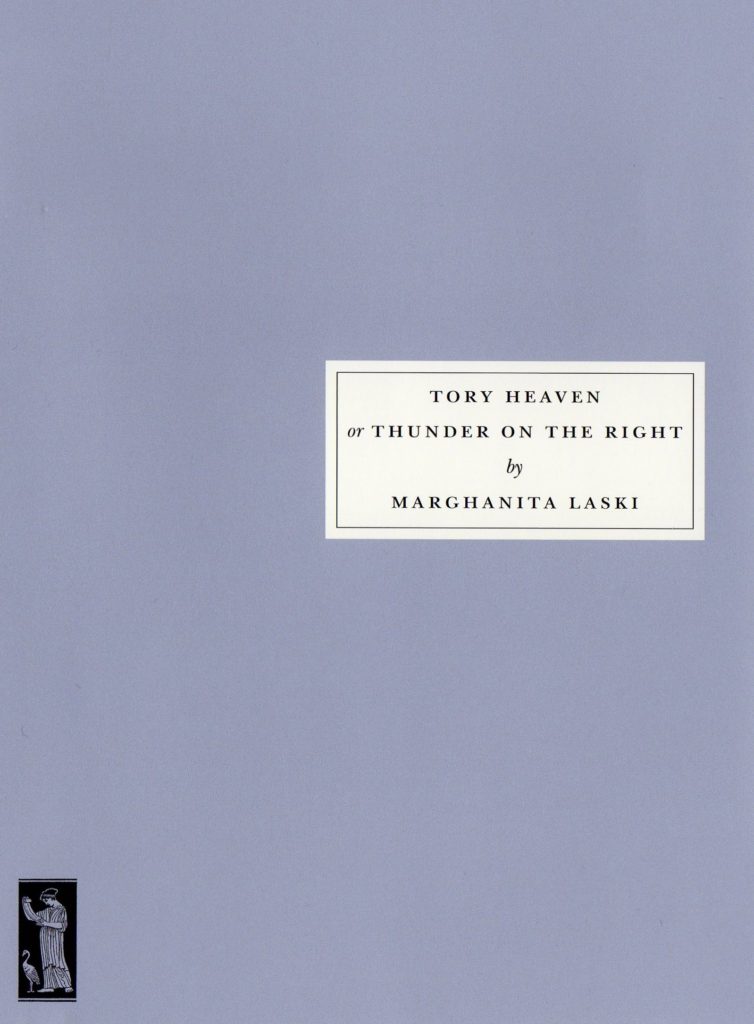 Imagine a Britain where the population has been rigidly graded into five bands, with the ‘As’ at the top settling into a life of idle luxury, and the ‘Es’ at the bottom – including ‘intellectuals’ who show too much enthusiasm for equality, or even for Picasso – facing a life of penury and the workhouse. Dystopian fantasy? Of course. But in an era when an old Etonian who goes canvassing with his nanny is feted as a folk hero and gung-ho Brexiters hark back to the imagined glory days of Empire, there is much in Marghanita Laski’s novel that resonates.

Tory Heaven was first published in 1948, at a time when the elation of Attlee’s Labour landslide was already fading in the face of post-war shortages and rationing. The book tells of a country in which a Labour administration has been replaced by a right-wing Tory one, which soon embarks on a whirlwind campaign of social engineering. Citizens are given a disc indicating their place in the new hierarchy: at the top, the elite are encouraged to do little but glide from one party to another with a ready supply of state-provided gold sovereigns. “There’s no-one better than us,” an A says. “Not rotten shop stewards nor clever types nor educated women nor jumped-up board-schools boys. We’re tops!”

Further down the scale, smocks are reintroduced for agricultural labourers and pubs and shops strictly segregated. And there’s no need for a Labour party now that there is no one left to vote for them – the Reform Act has been repealed and elections reduced to a carnival straight out of Middlemarch or The Pickwick Papers, complete with hustings and free beer.

Laski, the niece of Labour thinker and and one-time party chairman Harold Laski, has a deft touch when it comes to describing everyday life in this class-ridden land: the endless round of gluttony of the As, and the suburban properness of the Bs. There are some nice comic moments, too.

But essentially this is a dark tale which plays on the class structures and prejudices which seem almost as strong now as they were just after the second world war. And for today’s reader, Laski’s counter-factual world is ridiculously far-fetched yet somehow strangely plausible. Take, for example, the grocer forced to stay open half the night because otherwise he’ll go out of business in the face of competition from the big stores (“Well it’s free enterprise”). Or how the intellectuals are driven out of national life. “The BBC was completely under their control,” one character tells us.  “Even the armed forces had, during the last war, been hoodwinked into believing they couldn’t win a war without the application of brain-power. This unhappy belief, which was found to have permeated almost the whole community, nearly proved its undoing.” When we have a government minister proclaiming in the run-up to the most significant vote in a generation that people in this country have had enough of experts, the truth really does sound as strange as fiction.

Tory Heaven or Thunder on the Right by Marghanita Laski is published by Persephone Books, priced £13.

Kate Murray is the editor of the Fabian Review.