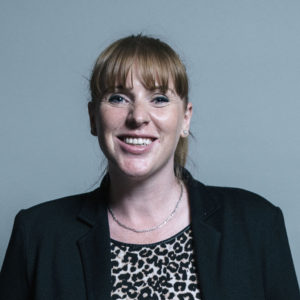 Education has always been at the heart of Labour’s offer to the British people, and as we face the challenges of this century and our exit from the European Union, we must once again place education at the heart of our programme for government.

One of the most important, and most overlooked, challenges we face as a country is the fact that there are 5 million adults living in the UK today who lack basic literacy and numeracy skills.

Politicians talk of preparing the next generation for the jobs of the future, but too often we ignore the generations who are already here. They are the people who didn’t get the skills they needed the first time around, and have been paying the price for it ever since. These are the people who live in communities that many have called ‘left behind’, but we are yet to do the difficult work of bringing them together with the rest of the country.

Growing up in towns now removed from the high-skilled industrial jobs that once tied communities together, they have often not had the chance to acquire the skills to move beyond the low-skilled work that is now rife in these areas. These are the very people who will have spent the last decade on chronic low pay, as only one in six moved out of low pay in the last decade, and despite being those who would benefit the most from gaining new skills, they are the least likely to return to education as adults.

For years, these challenges have been exacerbated. Changes to higher education funding have left mature and part-time student numbers in free fall. The introduction of loan-based funding for further education has, by the government’s own admission, led to a sharp decline in participation in FE, and the continued belief that supply-side skills initiatives will transform lives is failing to reach those who need it most.

This situation will become more significant in the years ahead. The combined challenges of our departure from the European Union, the increase in automation, and the growth of new industries will require more people to move to new jobs, for which they will also need new skills. Managing these transitions will not only help individuals gain new skills and break out of cycles of low pay, but it will also transform communities as new industries take the place of those that have been lost, and it will help our economy to prosper in the future.

This is the mission of Labour’s National Education Service. Not just to underpin our economic prosperity, but to transform the lives of individuals and society, and bring meaningful opportunities to all those areas that, for too long, have been left behind.

That is why one of the most important pledges we made at the last general election was to provide higher and further education free at the point of use, for all those who need it, whenever they need it. This will enable young people, whatever their background, to continue their studies at university or college without fear of crippling debts. But it will also ensure that those who need to return to education the most will be able to do so, and will break pervasive cycles of low-skilled, low-paid work and intergenerational disadvantage.

At Labour conference we took the first step towards turning our National Education Service from a vision into a reality, outlining the key principles on which it would be founded. I have said that we will begin to consult on these principles, and the essays in this collection play an important part in this debate and how we take it forward. I look forward to the work ahead in building a National Education Service that will transform Britain into a country for the many, and not the few.