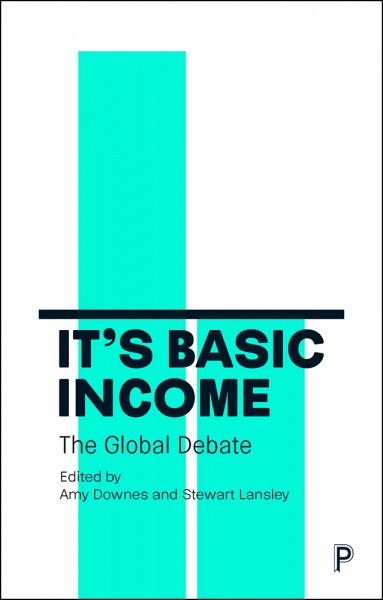 Is a Universal Basic Income the answer to an increasingly precarious job landscape?

This is the question Amy Downes and Stewart Lansley set out to answer in their new book, It’s Basic Income: The Global Debate. Drawing on research from experts across the globe – including India, Finland, Uganda, Brazil and Canada – the collection provides a comprehensive guide to perspectives on and alternatives to UBI.

In his contribution to the book, our general secretary, Andrew Harrop sets out his proposal for a basic income which would raise living standards in Britain. Harrop argues that ‘introducing a full UBI, to replace most means-tested benefits, would either be unaffordable or would bring no extra help to low income households’. As an alternative Harrop suggests introducing a modest universal payment that would be paid to everyone, ‘alongside continued means-tested payments for low income households’. Under the proposal, means-tested Universal Credit would continue and a basic income would be created from ‘the revenue from tax allowances and child benefit alone’.

If the system was introduced with credits for adults and children each set to£40 per week, a two-parent family of four would have a stable baseline income of £160, before net earning or means-tested additions.

The result would be a significant redistribution from rich to poor, from men to women and from households without children to those with them. Child poverty and income inequality would be significantly reduced. This basic income would be introduced gradually over, perhaps 15 years, to ensure no one is left worse off in cash terms as the policy is implemented.